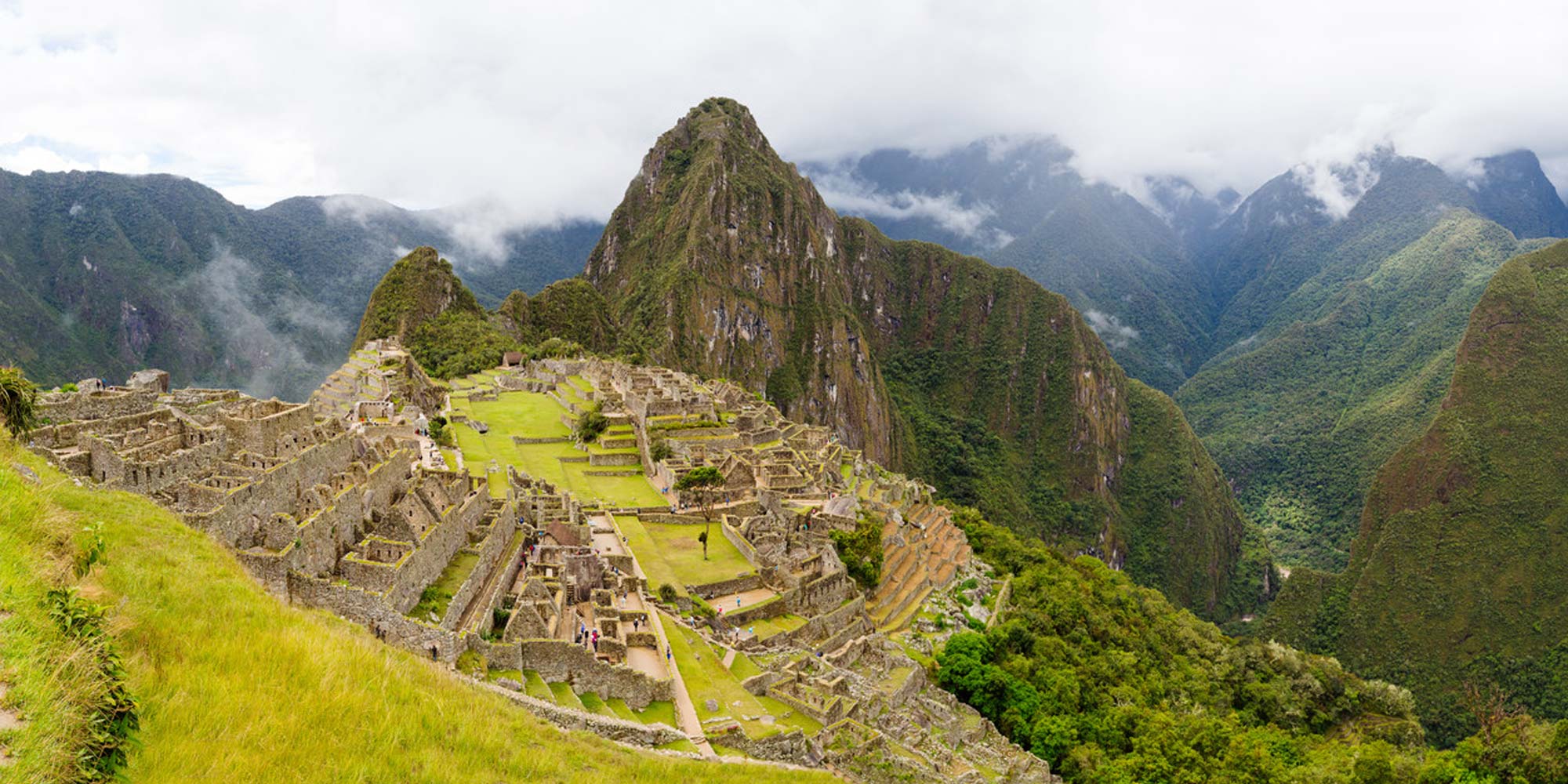 We’re boarding the bus, heading to the next church, when a ragged brass band and thumping drums appear at the end of the street. We pause to take a few photos – and then we’re engulfed: by balloons and beauty queens, folk dancers flinging confetti and Incan warriors sporting Converse sneakers. We’ve stumbled upon a parade celebrating the 135th anniversary of Arequipa’s Mercado San Camilo, and it’s not long before we spill out of the bus to catch flowers and candy and snap selfies as shimmying bands of dancers celebrating pork, potatoes, beef, fruit and other market wares pass by. The students and professor Shawn Austin dance with the revelers, and we almost lose sight of our photographer, Russell Cothren, when he perches on the tailgate of a truck to snap photos. Dylan DeLay prevents bodily harm to his classmates by catching a hefty mango with one hand, and Dani Carson cradles a tiny black puppy placed in her eager arms.

Once we’re back on the bus, breathless and sans puppy, professor Austin declares “I will find a way to use this!” After a moment’s thought, he’s off, drawing connections between the parade we just witnessed and Peru’s colonial-era processions, when merchant and artist guilds marched through the city to display their civic and corporate pride. “What do you see in American parades – flags! But notice there were no Peruvian flags here,” he said. “Instead, the people who run the market have dressed up in costumes that harken to ethnic groups and possibly, the communities that they came from, carnival style. It reflects corporate identities, and connects back to colonial social organizations.” 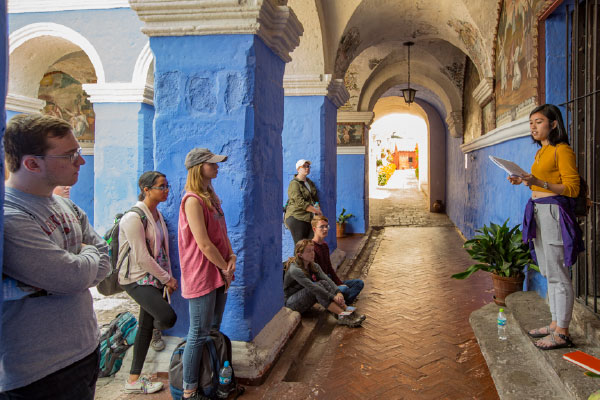 Austin’s spin on a dime to connect Peru’s present and past was a commonplace occurrence throughout the H2Passport trip to Peru last January. This nimble response to a spectacularly rich culture is thanks in large part to the training of Austin and his co-leader on the trip, professor Laurence Hare, both historians. And it’s also due to the fact that the 16 students on this trip are primed to see and respond to Peru’s history and culture after three semesters of rigorous study in the Honors Humanities Program (H2P) sequence. H2P is a signature part of the Honors College experience, dubbed “humanities boot camp” by alumni who have survived the voluminous readings and tough papers. Thanks to Dean Lynda Coon, H2P has been extended beyond the classroom with Honors Passport, a two-week intersession course that functions as “field exercises” at sites around the globe.

These 16 students came to Peru well-versed on Incan culture, the Spanish conquest and colonial era, the Andean Hybrid Baroque, the Cusco School of Art, indigenismo, and so much more. Here are some lessons learned that they couldn’t get from books or PowerPoint slides.

This gilded portrait of the Virgin Mary channels the mountain god Apus and the Incan reverence for gold and textiles. Ellie Jones unpacks the painting at MALI, the Museo de Arte de Lima.

We Stayed in a Huaca

Cusco's cafes, shops and hotels bear witness to the Incan past. Rashi Ghosh reports from the Koricancha, the Temple of the Sun located at the heart of the Incan empire.

Dennis Mitchell reflects on offerings made at chullpas, the funerary towers of the Aymara.

"There was a great presence here ... you can feel the soul"

Of course we called the Hogs! Katie Gerth leads the call.

Lake Titicaca averages 50 degrees Fahrenheit. That sure is cold, but these dauntless women took the plunge! Summer Webers reports. 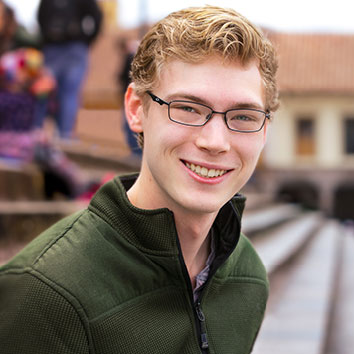 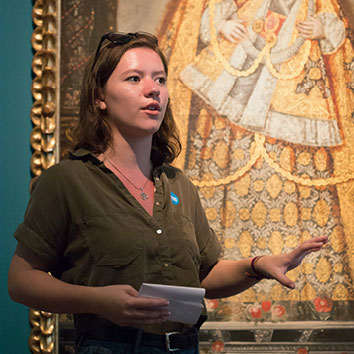 Ellie Jones unpacks a textbook example of the Cusco School of Art. 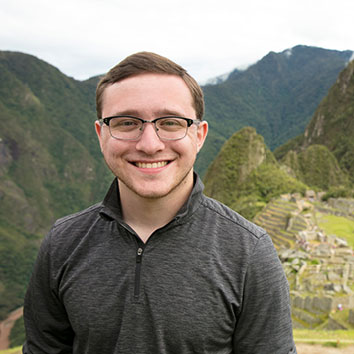 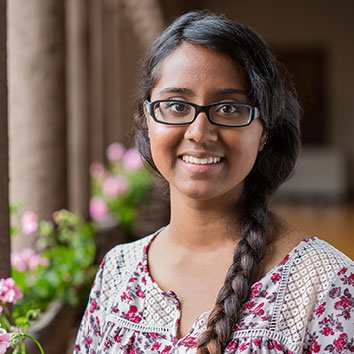 We Stayed in a Huaca

Rashi Ghosh reports from the Temple of the Sun. 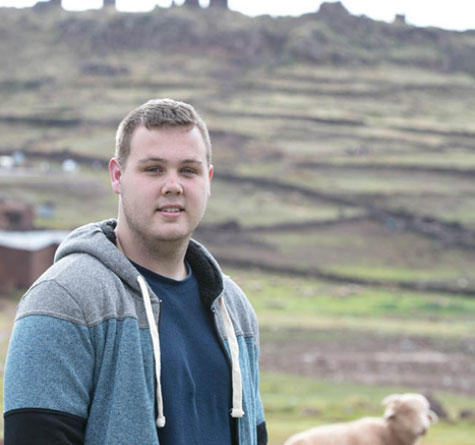 Dennis Mitchell reflects on offerings made at chullpas, the funerary towers of the Aymara. 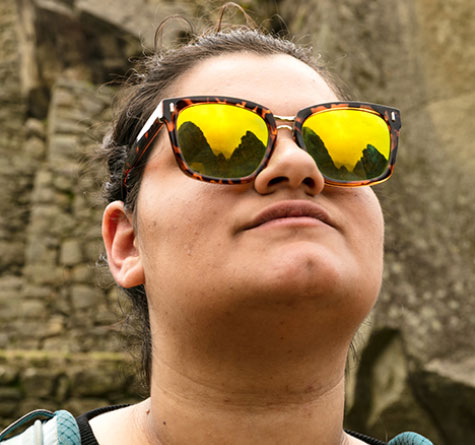 "There was a great presence here ..." 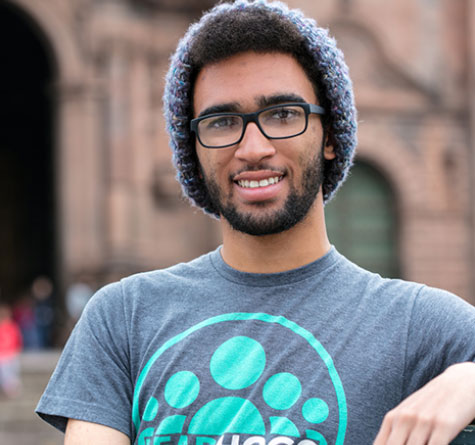 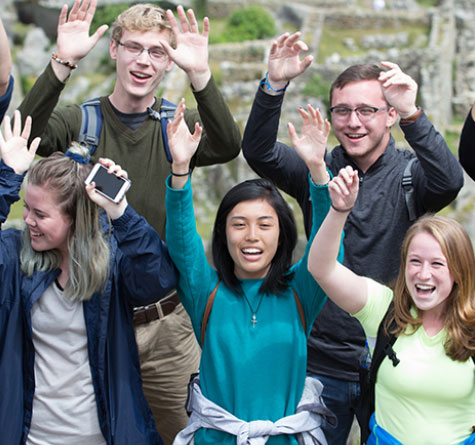 Of course we called the Hogs! Katie Gerth leads the call. 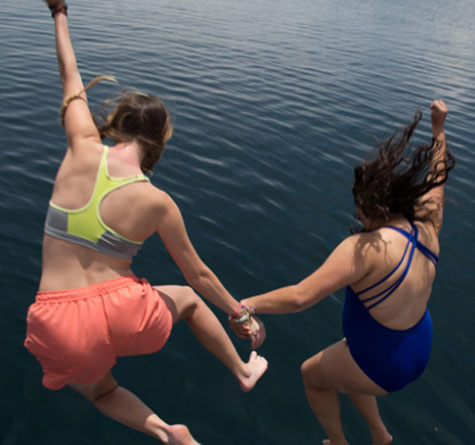 The water was freezing. They took a dip. Summer Webers reports.